Traffic fatalities are incrementally on the rise in the state of California, and it’s a disturbing trend. In 2014, California traffic fatalities totaled 3,126. In 2015, that figure rose to 3,427. Last year, the fatality rate crept up again, to 3,680. Thousands more, of course, are seriously injured every year on California’s streets and highways.

If you are one of the thousands who are injured each year by a negligent driver in California, you are entitled to full compensation for your medical expenses, lost wages, and more. However, to obtain that compensation, you should have the help of an experienced Fresno personal injury attorney.

The most important legal question in any case arising from a traffic accident is simple and obvious: Who was at fault? The answer to that question, however, is often neither simple nor obvious.

Accurately determining who was at fault for a serious accident is imperative, because the person at fault for property damages and personal injuries is obligated under California law to pay for the damages and injuries caused by his or her carelessness.

Sometimes the determination of fault for an accident is clear-cut, such as when a drunk or reckless driver crashes into an obviously law-abiding driver or pedestrian.

When it is not clear which driver was at fault in a traffic collision, or if two or more drivers share the fault for an accident, the law gets complicated, and the fifty different states operate under slightly different legal principles.

The four different systems used by the states for determining shared fault and awarding compensation are:

HOW DOES PURE COMPARATIVE FAULT WORK IN CALIFORNIA?

In pure comparative fault states such as California, if an injured person is partially at fault for causing his or her own injuries in a traffic accident, damages are reduced by the percentage of the fault.

Exactly how does that work? Let’s take this accident as an example: Driver A is speeding, but not egregiously, in normal traffic – let’s say at five or seven miles per hour over the posted speed limit.

As Driver A proceeds through a green light, Driver B crashes into – and seriously injures – Driver A. Driver B was traveling recklessly, at thirty miles per hour over the speed limit, and a breathalyzer test also indicated that Driver B was legally intoxicated.

Jurors in such a case might determine that because Driver A was speeding, Driver A was 25 percent at fault for his or her or own injuries, while Driver B’s excessive speeding, recklessness, and intoxication make Driver B 75 percent liable for Driver A’s injuries.

Thus, if Driver A’s total damages from the accident amount to $100,000, for example, Driver B will be responsible for $75,000 or three-quarters of Driver A’s medical expenses, lost income, and related damages.

In traffic accidents where the fault is shared, California is one of thirteen pure comparative fault states, so if you sustain injuries in traffic in this state because another driver was negligent, you can rest assured that the law is on your side, and you can also be certain that a Fresno personal injury attorney will protect your rights and fight aggressively for the compensation you need and the justice that every victim of negligence deserves. Seek medical attention first after any traffic accident – even if you don’t feel like you’ve been hurt – and then arrange at once to consult an experienced personal injury attorney.

HOW DOES PURE CONTRIBUTORY NEGLIGENCE WORK?

If the crash between Driver A and Driver B happened in a pure contributory negligence state – Alabama, Maryland, North Carolina, or Virginia – Driver A could recover nothing, unless a jury found that Driver B was entirely at fault for the crash and for Driver A’s injuries.

If Driver A is found to be even one percent at fault for his or her own injuries – in those states – Driver A may not be compensated. States that are not pure contributory negligence states or pure comparative fault states prevent an injury victim from recovering damages after a crash if the victim is found to be either fifty or fifty-one percent or more at fault for his or her own injury or injuries.

An insurance company claims adjuster will make an initial determination of the relative percentages of fault based on the evidence and details of a traffic accident.

HOW CAN A PERSONAL INJURY LAWYER HELP?

A Fresno personal injury attorney can review the details of the accident, assess the police and medical reports, and explain your legal rights and options. Your attorney can negotiate with the insurance company for the lowest percentage of fault – and thus the best possible settlement – on your behalf.

If the insurance company will not offer a settlement that is adequate and acceptable, your attorney will take the case to a court of law for a final resolution. Most claims are settled through out-of-court negotiations. Personal injury cases rarely go to trial.

Laws called “statutes of limitations” limit the length of time that a victim of negligence may take legal action. In California, for most personal injury claims, the statute of limitations is two years, and while there are several very narrow exceptions, you must act sooner.

If you are injured by a negligent driver in California, put a personal injury attorney to work for you at once. The sooner your attorney can begin to work on your case, the more likely it is that your personal injury claim will succeed and that you’ll receive the compensation that is rightfully yours.

What Are The Consequences For A Hit and Run Accident in California? 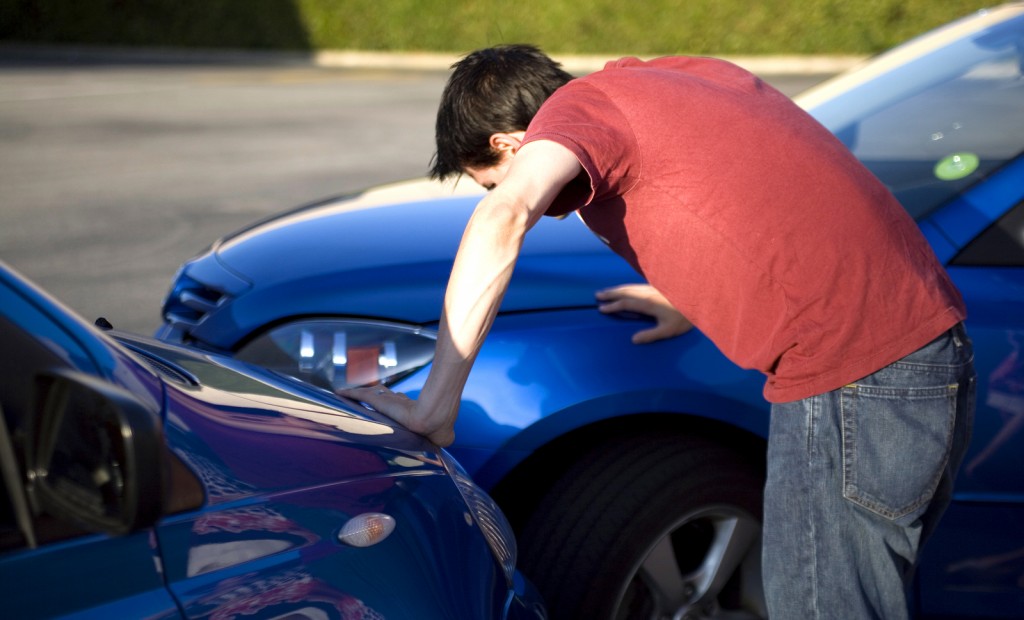 What Are California’s Shared Fault Laws?